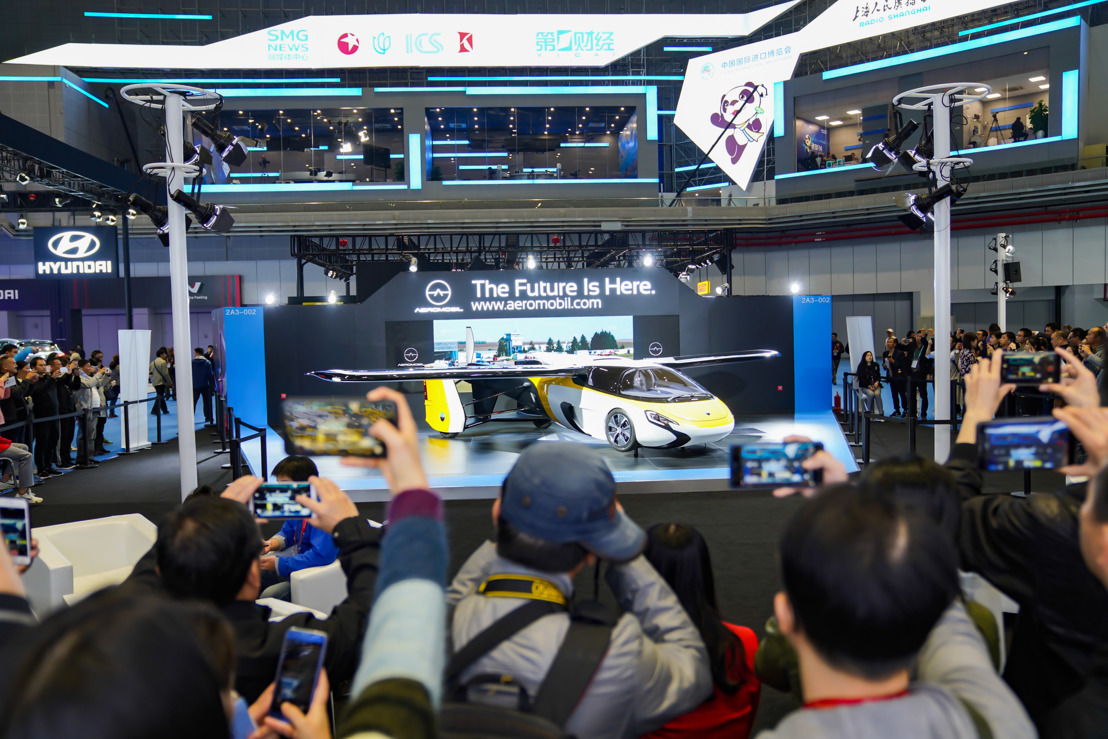 Both companies agreed that together they would explore opportunities to build a solid PAV business case for the Chinese market, including sales and marketing activities related to the promotion of multi-model PAV range. AeroMobil and Baoneng Motor will further analyse opportunities in using Baoneng Motor’sauthorised Maintenance and Repair Organisation in China to advance certification of vehicles for the Chinese market. AeroMobil also values the potential of Baoneng Motor in future public affairs with specific regions and on national China level.

“Baoneng Motor is following a strategy of multipurpose vehicles development. AeroMobil fully fits within this strategy and enables Baoneng Motor to enter into the new industry of personal aerial vehicles. Baoneng Motor is well prepared for the changes in the mobility markets, which combine shared, smart, autonomous vehicles and via AeroMobil would extend 2D into 3D transportation” – said Yao Zhenhua, Chairman of Baoneng Group

The cooperation of Baoneng Motor and AeroMobil will also focus on the possible future fleet operation of the next generation VTOL vehicles incorporating a vast experience of Baoneng Group with smart city infrastructure and real estate development. This partnership is a cornerstone of future on-demand transport network operation which will work seamlessly for all passengers.

The Debut of the AeroMobil Flying Car in China

AeroMobil is pioneering the design and commercialisation of flying cars, developing cutting-edge technology to produce a range of vehicles for short take-off and landing (STOL) and vertical take-off and landing (VTOL). Its range of vehicles features lightweight technology and full electric power on the ground.  The first production vehicle, the AeroMobil 4.0, showcased on the stand at CIIE 2018 in Shanghai, features a deployable fixed wing with future vehicles featuring Vertical-take-off and Landing (VTOL) capabilities, as showcased in the 5.0 concept.

The 4.0 flying car was on display in China for the first time as AeroMobil aims to become a driving force in the development of personal aerial vehicles in the country.

AeroMobil believes China has the potential to become a pioneer in the adoption of flying cars as it fulfils the ambitious goals of its Belt and Road Initiative which demands more flexible regional and intra-city travel options while reducing environmental impact. With 200 of its 500 new planned airports already built, China is set to become the world’s largest aviation market by 2022.

The 5.0 VTOL continues AeroMobil’s unique strategy to develop vehicles with the fly-drive capability to provide seamless door-to-door journeys with the added convenience of vertical take-off and landing. The AeroMobil 5.0 has been specifically developed for inter-urban and intra-city personal air transport, including as a shared means of transportation, to provide a premium limousine service in the sky.

AeroMobil sees strong growth potential for personal aviation and flying cars in China. As the next frontier and global mega-industry, personal air transportation can support China’s important strategic initiatives and ambitions to increase connections between its large urbanised areas, reduce traffic and congestion and improve the ‘radius of life’ of its citizens. Flying cars can easily integrate with current and future transportation infrastructure, allowing for greater connections between other modes of transport across short and medium distances.

AeroMobil is participating at CIIE 2018 to demonstrate our innovative technology while recognising the importance of establishing partnerships with Chinese authorities, cities and companies to pioneer the future of personal air transportation in China.

Baoneng group was born in Shenzhen Special Economic Zone, the frontier of reform and opening up policy. For many years, around the three strategies of “Baoneng Manufacturing ", " Baoneng Science and Technology " and " Baoneng people's livelihood ", Baoneng Group adhered to the mission of "developing industry and repaying society", and deeply cultivated the real economy. Through introducing external and internal cooperation, Baoneng Auto builds a complete industrial chain covering "R&D-auto component- vehicle manufacturing-after sale market", and strives to be an auto group with strong competitiveness and international influence in 10 to 15 years.