Meir Arnon founded Focus Capital Group (FCG) in 1988 and currently serves as its Chairman and CEO. FCG has led many investments and transactions, some in partnership with Fortune 100 companies and some by acquiring publicly traded industrial corporations in various industries such as Food, Communication Equipment, Heavy Machinery, Textiles, Automotive, Mobility and Energy Storage, turning them around and selling them to industrial and strategic buyers. Currently Meir Arnon serves as Chairman of Vulcan-Volta, and is board member of several Automotive and Mobility start-ups.

Prior to founding FCG, Arnon Co- Founded and Chaired the New Dimension Software Co. that was later went public on NASDAQ and sold to BMC Software. Meir has worked with many leading Automotive OEs and Tier 1s companies such as GM, Ford, Renault, Delphi, Lear and others.

“AeroMobil is one of the most innovative companies in the development of personal air transportation and flying cars. The depth of knowledge and experience of the team is hard to compare to any other personal aviation start-up. The way AeroMobil has brought together the best of automotive and aerospace results in unparalleled knowledge and capability. This enables the company to develop vehicles that are safer, more efficient and environmentally friendly that can be used with existing infrastructure in the next few years. AeroMobil is at the forefront of flying car technology and certification” - said Meir Arnon upon joining the AeroMobil Advisory Board.

Mr. Arnon is an active civic leader, member of the YPO where he co-founded the Israeli, Monaco and the Russian Chapters and championed many events worldwide. He is a board member of Israel Innovation Institute and the Co-Founder and Chairman of EcoMotion, a non for profit global interdisciplinary community of over seven thousands of innovators and entrepreneurs engaged in Smart mobility and Alternative Fuels. Mr. Arnon holds a B.Sc. from the Technion, Israel Institute of Technology, an MBA from INSEAD, and PPL from HBS.

Meir joins AeroMobil following the introduction of its first flying car and continues to develop its eVTOL technology and concepts which were previewed in early 2018. AeroMobil is committed to its ambitious vision of transforming personal transportation in three dimensions and will shortly start testing of its flying car at the beginning of 2019. AeroMobil is committed to eliminating the barriers to personal air transportation so that everyone can benefit from air travel and increase their personal freedom while freeing cities from further congestion. This reflects the growing consensus across the aerospace and automotive industries, which recognises that mobility is being turned into a service to improve traffic flow, safety and environmental performance.

“We are delighted to be working with Meir at AeroMobil. His expertise will support AeroMobil’s development through engagement with diverse technology partners including smart mobility and autonomous operation. This comes at a time where the awareness of flying cars and personal air transportation is growing and as technology creates new possibilities and transformation in personal freedom and mobility.

We know that both aerospace and automotive companies are seeking to establish a foothold in this sector and we are confident that by working with Meir we can work together with strategic players in both sectors to create a credible vision of personal air mobility-as-a-service.” said Juraj Vaculik, Co-Founder and CEO, AeroMobil.

Current members of Advisory Board of AeroMobil:

Antony Sheriff is a CEO of Princess Yachts and renowned automotive industry professional. With an international career stretching over 30 years, Sheriff is recognized as one of the industry’s foremost product experts and has a deep understanding and knowledge of the auto industry at both the highest strategic levels and the detailed design and operating level.After briefly working as a car designer in Italy and England, he worked and as a product planner for Chrysler. Mr. Sheriff went on to receive his Masters in Management from M.I.T. where he was also a full time researcher for the International Motor Vehicle Program and contributed to the groundbreaking book, “The Machine That Changed the World”. He subsequently joined McKinsey & Company where he advised a number of automotive and non-automotive companies throughout the US and Europe.In 1995, Sheriff joined Fiat Auto in Italy and was quickly promoted to Director of Product Development for all Fiat, Alfa Romeo and Lancia cars and commercial vehicles. Amongst the many cars he conceived, he was responsible for two “Car of the Year” winners. After being appointed Vice-President of the Fiat brand, Sheriff left to join McLaren Automotive in 2003 as Managing Director.In his decade at McLaren, Sheriff transformed the company from a contract manufacturer for Mercedes-Benz into a profitable independent sports car company with a full product range of highly innovative sports cars that have met broad critical acclaim. Initially, he launched the Mercedes SLR McLaren to market and then conceived and produced the SLR Stirling Moss model, the most expensive Mercedes ever sold.Sheriff transformed McLaren into a truly independent company and, under his leadership and vision, the company launched the MP4-12C, a revolutionary carbon fiber sports car, followed by the P1, a million dollar hybrid ultra-high performance sports car. A third car that Sheriff conceived, the Sports Series, is being launched later this year. The company also built a brand new production facility and a global distribution network. In its first full year in production, McLaren Automotive achieved a turnover of £267 million and near breakeven profitability. Sheriff resigned as Managing Director of McLaren in 2013 and is now advising and investing in a number of projects in the international automotive industry. Sheriff holds a B.A. and a B.S. from Swarthmore College as well as an M.S. from M.I.T. He holds American and Italian nationality.

Mr. Mercer is a leading expert in the automotive industry globally, having spent three decades of experience in automotive advisory work, including over 20 years at McKinsey & Company, where he was the chief of the Automotive Practice, leading or participating in hundreds of client studies over that timeframe.When he left McKinsey as a Partner in 2006, he established his own independent advisory service. In particular, he has been involved in dozens of due diligence processes over the years. In addition to the project-based work for investment firms (e.g. KKR, Greenbriar, Kleiner Perkins), he has been an advisor to various industry entities (e.g. Ricardo PLC, the Automotive X Prize, Rocky Mountain Institute, Alliance Bernstein), a Board member for several automotive firms (e.g. Stackpole, Grakon, Tinnerman), an expert witness in automotive legal actions, and a lecturer on automotive economics in several academic settings (e.g. Case Western, Wharton, Cambridge University). He is a previous President of the Society of Automotive Analysts, and a former Director of the International Motor Vehicle Program.Mr. Mercer holds an AB from Dartmouth, an MA from Yale, and his MBA from the Tuck School of Business. He lives with his wife Ida, a professional cellist, in the USA, although his work has taken him around the world, including extended tours of duty in the UK, Denmark, Italy, Japan, and elsewhere.

David Richards, CBE founded Prodrive in 1984 and acted as a chairman of Aston Martin. He is chairman elect of the Motor Sports Association (MSA)and one of the most respected figures in world motorsport. Mr. Richards has been instrumental in establishing Prodrive as a world-leading motorsport and technology business. He has also led two F1 teams – Benetton and BAR - as team principal and in the latter led the team to second place in the F1 Constructors’ World Championship in 2004. Today, he is actively involved in all aspects of the Prodrive group and works closely with the board to develop the business strategy, supporting the executive team in its new business activity. 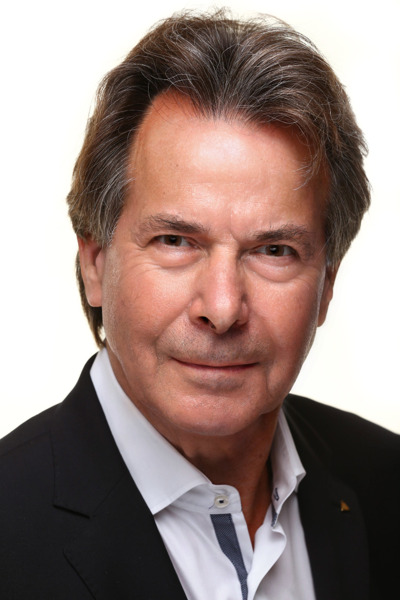