The company AeroMobil R&D, in line with its purpose to innovate individual transportation on a global scale, while also developing and facilitating local research and development of new technologies, welcomed the offer from the Slovak government to discuss support for the initiative through means of public funding. The negotiations lead to an agreement on the establishment of research and development centers in Slovakia in cooperation with the University of Žilina. We are pleased that this project is taking shape, as of 1 7. 2015, it was approved at the cabinet meeting. Of course, the disbursement of funds has yet to be confirmed with regards to a finalized contract within the scope of the particular conditions of use for these resources.

The incentives being drawn out over the next three years will only be part of the total investment in research and development that AeroMobil R&D plans to implement for the project, with the intent of further expansion and development in Slovakia.

"We believe that thanks to the positive decision for these incentives, we can actually accelerate development of AeroMobil so that in the coming years, we can confirm that advanced flying cars have their place in the market and can produce more efficient modes of individual transportation. " – stated Juraj Vaculik, co-founder and CEO of AeroMobil.

"AeroMobil is a long and relatively complicated project that will benefit society as a whole. These types of highly innovative projects across different countries, utilize various forms of partnerships in the public and private sectors. Incentives for research and development will enable the project to continue in Slovakia and create new highly specialized and skilled jobs, specifically in collaboration with academia." - added Stefan Klein, co-founder and inventor AeroMobil.

In the long term, research and development projects benefit the economy as a whole. This is true for Slovakia to a large extent with almost 40% of the economy dependent on the automobile industry, which today is mainly focused on manufacture and assembly. With the recent support for AeroMobil R&D and the University of Žilina, the situation will gradually help create an environment that will generate interest amongst researchers and engineers from around the world to come to Slovakia.

AeroMobil embodies a high degree of innovation and originality and is intended to create a new style of transport, while bringing a new category to the transport industry. The recent incentives will help accelerate research on the key drive components and related systems, passenger safety and other important vehicle components. Another aspect of the project could focus on developing areas of experimental development and expansion, while also as aligning functional requirements of the vehicle and certification specifications for the automobile and aircraft elements of the vehicle.

Other potential collaborators with interest include prestigious universities from Europe, the United States and Asia. The project has funded itself for 25 years exclusively from private sources along with the company’s founders, helping bolster Slovakia’s stance as an innovative country seeking to help start-ups gain international recognition.

AeroMobil was awarded the Invention of the year in the Aviation category in the world-famous magazine Popular Science and was nominated for the Innovation of the Year at the prestigious global technology festival SXSW Interactive in Austin. 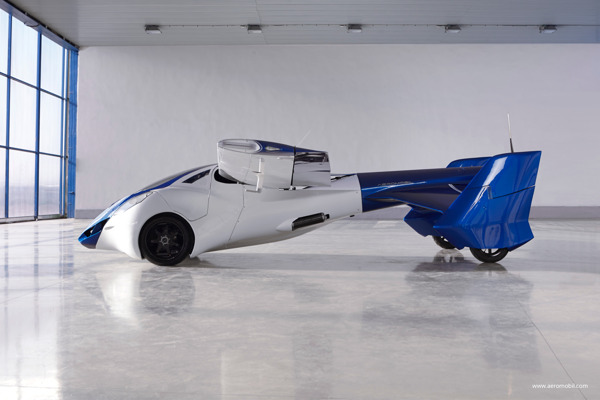