After almost 30 years in the Royal Air Force, where he oversaw operational appointments on numerous aircraft types, training, introduction of airworthiness reviews, and audits, he moved quickly to the private sector. Before arriving at Airbus in 2006, he worked at Gill Airways from 1999-2002, restructuring their engineering department, and consulted from 2002 – 2005 in aerospace, building and management training sectors in NE England.​

Simon then spent several years at Airbus as an engineering consultant to the A350XWB Wing Chief Engineer, whilst also working for Voith Engineering Services Limited as Managing Director. It was during this time that Simon proposed the initial business case to the Voith Board to relocate certain European activities to India, thereby increasing profitability and additionally serving Indian internal markets. He founded the company as a single employee, but built the entire management team and staff to a workforce of 45.​

After leaving Airbus in 2013, Simon worked at Crompton Technology Group for a year continuing to support Airbus by securing the A350 XWB Fuel Pipes contract for his new company. In April 2014, he started at Sogeclair Aerospace Limited, where he Initially was Head of Office of Airworthiness (HoOoA) and most recently served as Deputy (HoOoA). Simon’s successful delivery of major programs and focus on mentorship throughout the years makes his presence at AeroMobil more than welcome.​

Mr. Rooms holds the Order of the British Empire and he is registered with Pan European Engineering Council. He was awarded Chartered status by the Engineering Council and he is also accredited as a Fellow od the Institute of Electrical Engineeers and Royal Aeronautical Society. 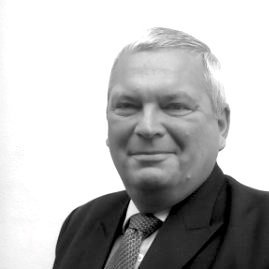